Are Diazepam And Valium The Same?

Whenever you take a medication it is important that you know what you are taking and why. Valium
is one of the most prescribed medicines in the world, helping people overcome anxiety. Despite this
many people are still confused about what is in it and whether Diazepam and Valium are the same
thing. In this article, we’ll provide the answer to this question. 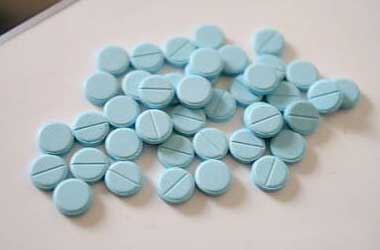 Before we answer this question though, let’s provide some brief background on what Diazepam is
and how it works. Diazepam works by releasing chemicals in your brain that makes you feel more
relaxed and calmer. It also works within your nervous system to help relieve muscle tension.
Diazepam is a very safe drug, with very few people experiencing any side effects after they start
taking the drug. How much Diazepam you are prescribed depends on your age, health, how much
you need it and how well you respond to treatment. When prescribed for anxiety, the effects of
Diazepam are often greatest when combined with therapy. Now that we know a little more about
what Diazepam, we can answer whether Valium and Diazepam are the same.

Because the tablets are labelled Valium and not Diazepam, many people are confused about
whether the two are the same drug. Looking at the label only makes them more confused. While
Diazepam is listed as the active ingredient, there is also many other ingredients present in the pills.
So, what’s going on here? Diazepam and Valium are both essentially the same thing. The packaging
says Valium because that’s the brand created by the manufacturer. The other ingredients serve a
range of aesthetic purposes. For example, there is some colouring to make it look more appealing.
However, it is possible to get Diazepam without the ingredients used to turn in into Valium.

While people are most familiar with Valium, some medical facilities can offer Diazepam. This is the
drug without any of the inactive ingredients that are added to create Valium. Without those
ingredients, the drug is more versatile. While Valium is only available as a pill, Diazepam can be
injected via needle. This allows the drug to enter directly into the bloodstream and the patient can
experience the effects of the drug faster. Unlike oral tablets, this can be given to unconscious
patients.

Valium is one of the most commonly prescribed drugs, given to millions of patients around the
world. However, many people are still unsure about what the difference between Valium and its
active ingredient Diazepam is. To answer this question, we first needed to understand what
Diazepam is and how it can people with anxiety. Next, we investigated Valium and found that it was
the same drug as Diazepam. The only difference between the two is a few inactive ingredients
included by the manufacturer to differentiate Valium as a brand. Hopefully, if you have been
prescribed Valium, you have a greater understanding about the drug you are taking and the effect it
is having on your body.

We accept payments by PayPal.

If you face any problem during checkout or have any questions, feel free to contact us.

"Diazepam is really an excellent Solution and the step-by-step way to really helpful for me while setting up and can not Sleep. I will recommend everyone to try Diazepam (Valium) for finding a better Sleep.

Join us and help us to grow and make money with your own. In order of more then 1000 Pills us will give discount and you will see that you get the Original and right Product Become an Supplier now!